A life spent riding horses and growing up on vineyards, Julia Jackson has a unique connection to the environment and a firsthand understanding of the effects wrought by the climate crisis. 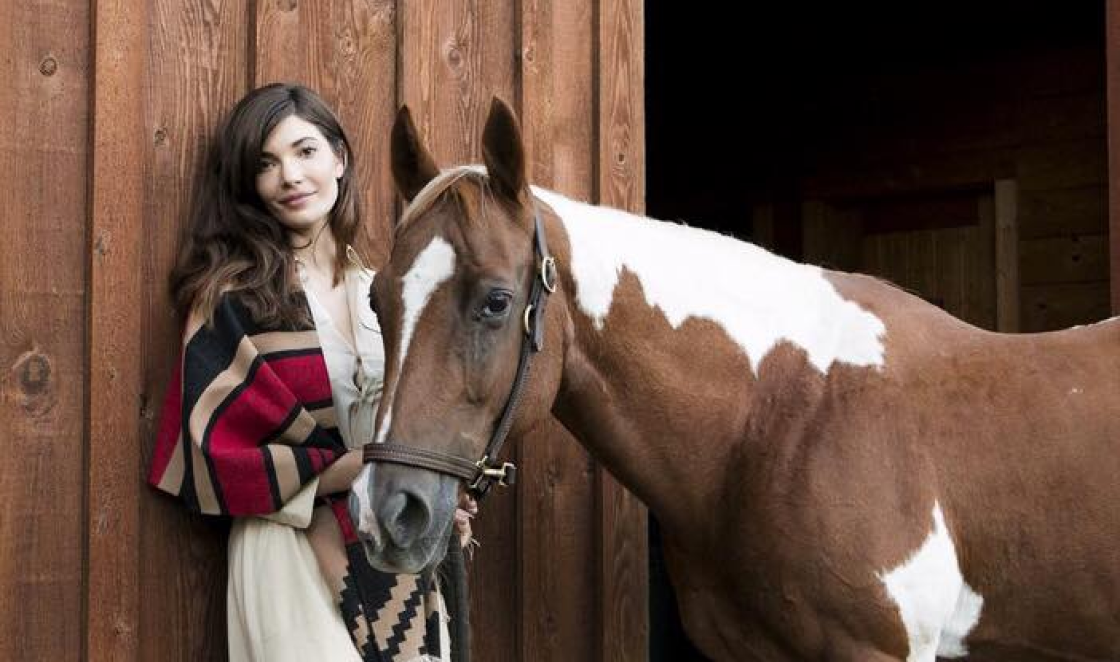 I have known Julia Jackson since kindergarten. Our childhood played out against the idyllic setting of Sonoma County in Northern California where, as kids, we’d spend weekends trail riding horses and plotting how we’d rescue wolves in Alaska. In the last several years, Julia has dedicated her efforts towards addressing — and solving — the pressing issue of climate change. It’s a crisis whose effects Julia’s had first-hand experience with, as wildfires continue to wreak havoc on the same lands we grew up on together. Her embrace of sustainability and a commitment to its practices served as a model when I set out to create the Schulz brand.

One of the first things you notice when speaking with Julia Jackson is her dizzying breadth of knowledge when it comes to issues of sustainability and climate change. Ask her about global carbon emissions and she’ll readily reply with a statistically-informed response that details not only the current levels of CO2 in our atmosphere, but she’ll also go on to highlight why she believes regenerative agriculture is a viable solution to helping solve our current climate crisis.

The other thing you’ll quickly come to understand when speaking with Jackson is that her concern for the planet is keenly felt and deeply rooted in her family’s ties to the lands of Northern California. Born in San Francisco, Jackson is the middle daughter of the Barbara Banke and the late Jess Jackson, proprietors of Jackson Family Wines, one of America’s most prominent wine growers. As a child, Jackson would spend time with her father working on one of the their many vineyards in Sonoma County. “My father instilled in us this notion of reciprocity,” she notes, “if you're taking from a land, you have to give back to the land.” Stewardship of the environment, Jackson adds, was a value “instilled in me from a very young age.”

Around the same time, Jackson read Paul Hawken’s Drawdown, a manual of sorts outlining 100 techniques — ranging from adopting a plant rich diet to establishing more on-shore wind power facilities — all with the aim of slowing the earth’s warming trend. “Drawdown was really a catalyst for me,”Jackson notes of Hawken’s book, and credits it and her subsequent friendship with the author — “he took me under his wing and mentored me,” she adds — for inspiring her to seek out and support “solutions that can reverse the climate crisis in the short amount of time we have to make a difference.” 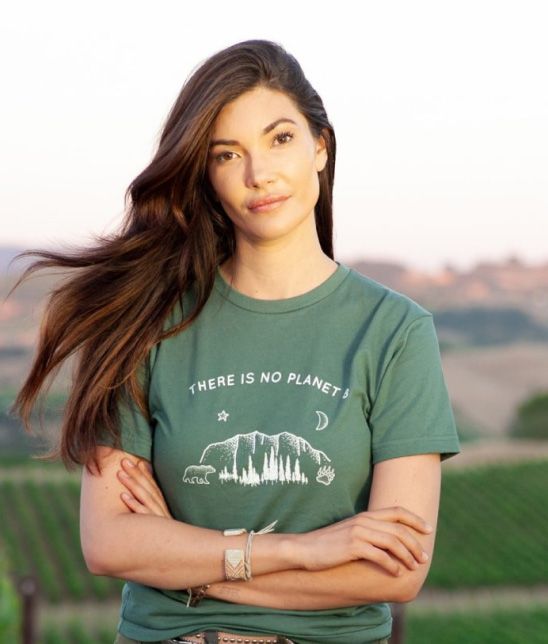 Taking a sabbatical from her family business, Jackson immersed herself in the world of climate change science and activism, although she prefers to call it “livable earth solutions,” noting that for her, “the word ‘change’ in climate change is too passive.” After taking a deep dive into the science and literature of the field, Jackson started attending conferences on the subject, but began to feel disheartened by what she was observing taking place. “There were corporate leaders and politicians that were on stage patting themselves on the back saying what a great job they're doing,” Jackson notes with a not-unfounded cynicism, adding, “Meanwhile, we're heading off a cliff.”

Driven by what she saw as the back-slapping inaction playing out at the summits she had attended, and taking her cues from Hawken’s mentorship along with her own direct experiences as a farmer confronting climate change-induced wild fires, in 2018 she founded Grounded, an annual summit established with the aim, as Jackson puts it, of getting “millions of eyeballs on solutions to reverse the climate crisis as well as ensuring policy support and education on the subject.” The summit’s inaugural 2019 iteration took place on the grounds of Jackson’s family estate with speakers including former California governor Jerry Brown, Paul Hawken, ecologist and wild fire expert Paul Hessburg, and former president of Iceland Ólafur Ragnar Grímsson, not to mention a long list of thought leaders and advocate hailing from a broad spectrum of backgrounds including indigenous tribal communities, scientists, artists, and technological innovators. 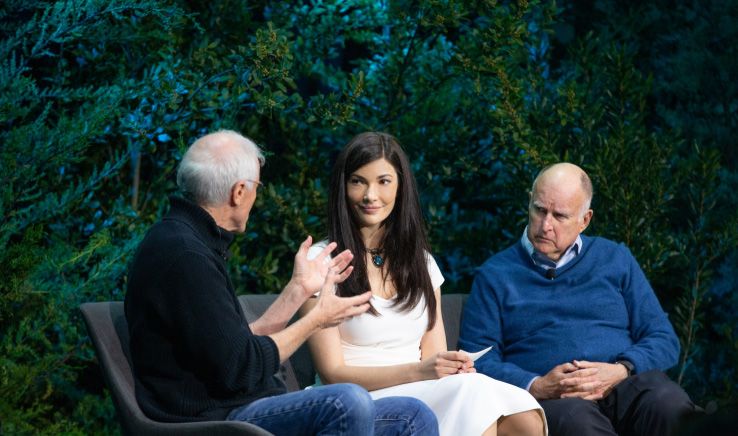 For Jackson, her interest in supporting and spotlighting solution-focused, climate-based initiatives became all the more personal in October of the same year after her Geyserville home was burned down by the Kincade Fire. Burning across some 77,758 acres in Sonoma County, Jackson and her mother had little time to escape the rapidly moving flames of the fire which ultimately destroyed her childhood home. Yet, in light of her own firsthand experiences with the effects of climate change, and in the face of what seems to be insurmountable odds, Jackson is remarkably resilient and equally passionate about the issue, arguing that there are three key areas in which individuals can take active steps to address and reverse its effects.

First, Jackson notes, individuals should reconsider which financial institutions they bank with. “A lot of banks support extracting and deforesting in the Amazon,” she points out. “Just by banking with some of these intuitions,” she adds, “we're supporting the destruction of the Amazon essentially or drilling in the Arctic.” Next, Jackson underscores the value of civic participation, especially voting. “I see this election as the most important election of our lifetime,” emphasizing that she believes the 2020 presidential election is vital to turning around the climate crisis before we reach a point of no return. Lastly, Jackson believes consumers should reconsider their relationship to fashion. “The fashion industry contributes to 10% of global greenhouse gas emissions,” Jackson notes, calling out “fast fashion” — inexpensive, rapidly produced clothing made in response to trends — as a leading culprit. “If you do buy clothing,” she adds, “make sure that whomever we're supporting is environmentally conscious and sustainable and has a more circular model built into their materials as well.” 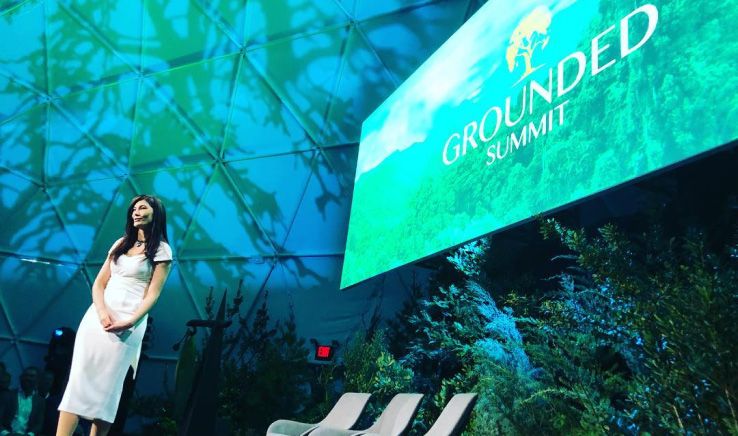 With the outbreak of the COVID-19 pandemic, Jackson has had to cancel the second Grounded summit, however the organization behind the conference has partnered with BBC StoryWorks to launch the “Climate Academy,” an initiative which aims to harness the international reach and resources of the global broadcaster to share Jackson’s own vision for solution-focused approaches to the climate crisis.

Importantly, for Jackson, the current pandemic has once again underscored her appreciation both for nature and her connection to it, especially her love of horse riding, something which she also attributes as formative in shaping her commitment to climate change advocacy. Having spent her youth at Stonestreet Ranch, her family’s thoroughbred operation outside of Lexington, Kentucky — home to prize-winning race horses Curlin and Rachel Alexandra — Jackson’s own sense of advocacy was no doubt informed by her parents campaigning to enact protections for race horses and efforts to make the sport more transparent overall. “My father helped argue in U.S. Congress to make steroid use in race horses illegal,” Jackson notes of her father’s 2008 appearance at a congressional hearing. Jackson’s late father also campaigned to make illegal the export of retired race horses for slaughter and, in 2003, he successfully lobbied the Kentucky state legislature to prohibit the practice of “dual agency,” a problematic practice where an agent can represent both a buyer and seller in horse trading. 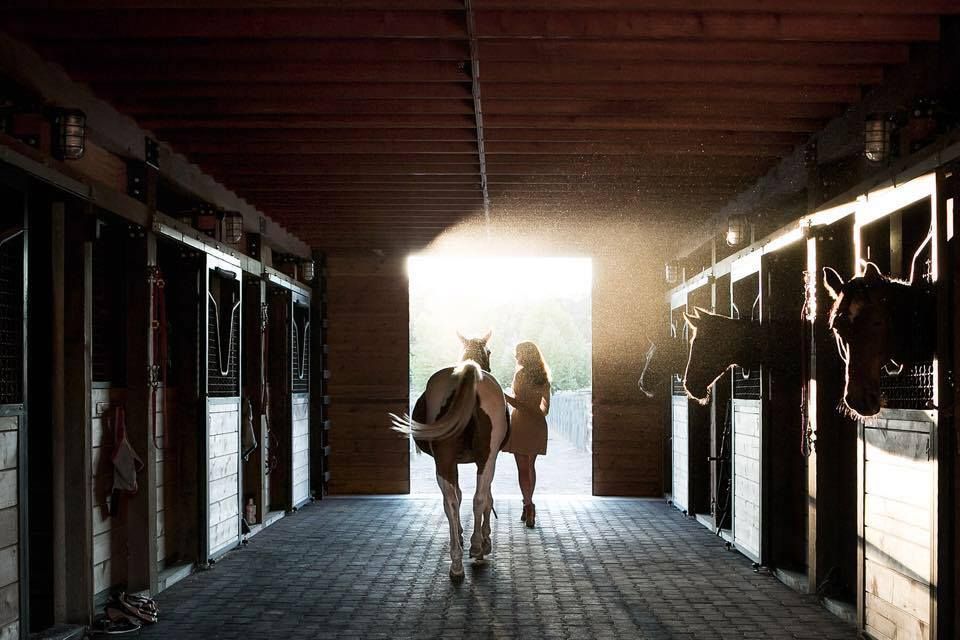 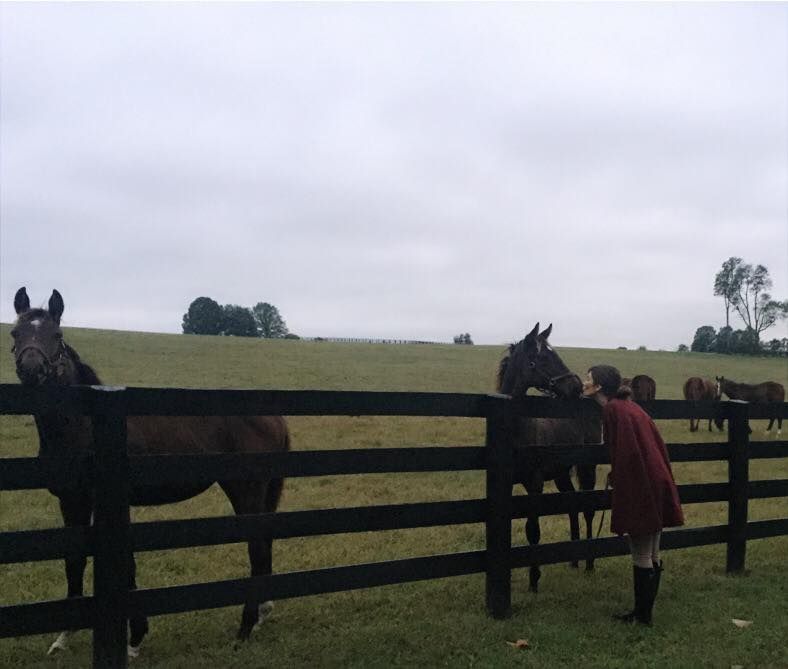 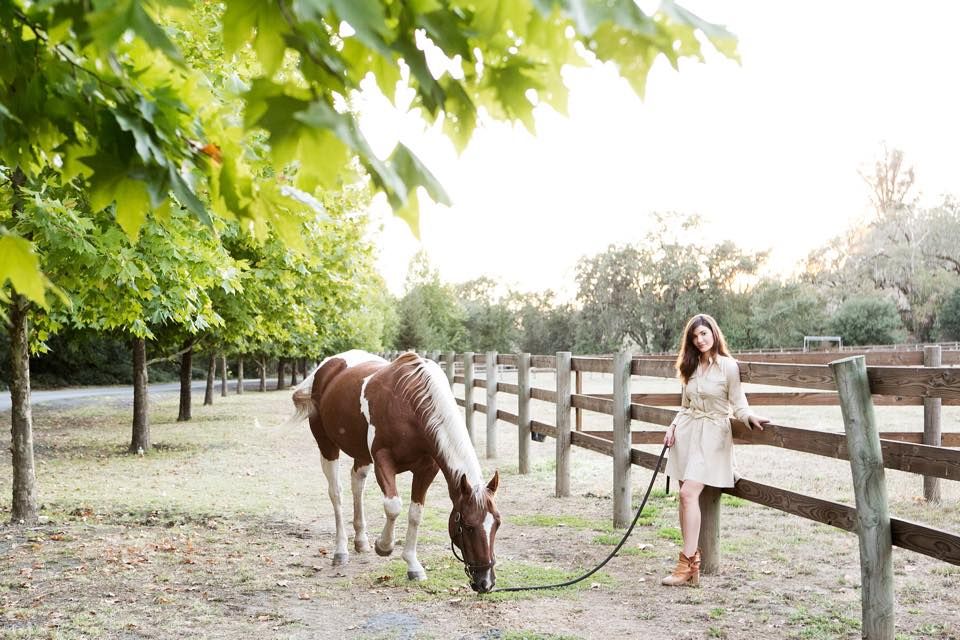 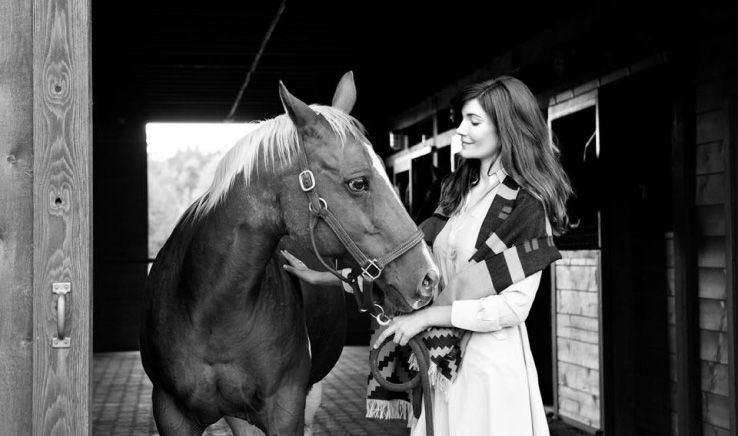 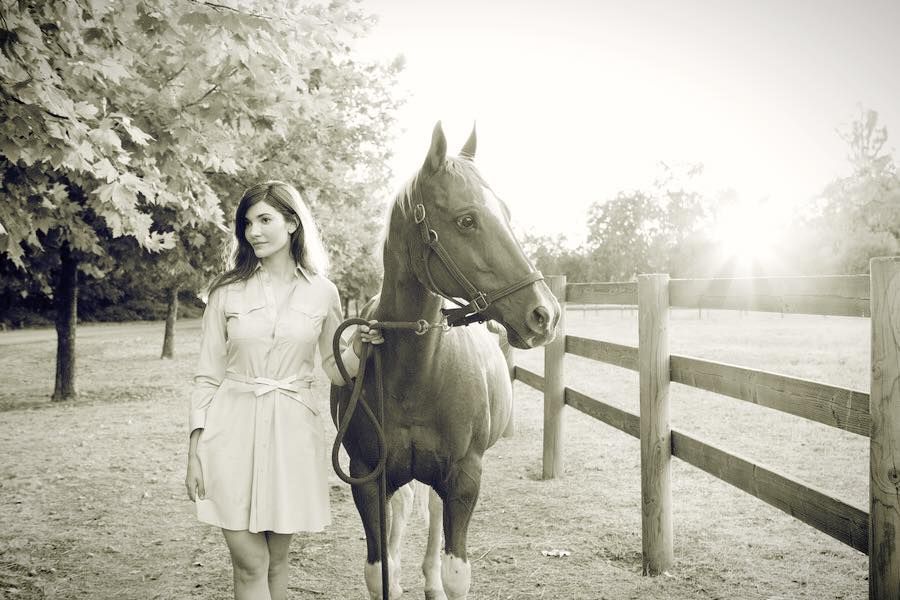 Ultimately, as Jackson puts it, “horses really were a way for me to connect deeply to the land and to the surrounding environment,” adding that she believes “most equestrians have this natural connection to earth and the land.” And, in light of the pandemic, Jackson holds an even deeper appreciation for the beneficial qualities of being in nature. “I think that trail riding is really therapeutic, especially in this time,” she points out, “because we're so overwhelmed with being on screens and, just as importantly, I think horses are definitely a modality to get more connected to the outside world.” Indeed, for Jackson, it would seem that the best way to address the current climate crisis — and pandemic — is to get up into the proverbial saddle and confront it head on.

To purchase any of these titles, shop your local independent bookseller.

Paul Hawken: Drawdown: The Most Comprehensive Plan Ever Proposed to Reverse Global Warming

Christiana Figueres and Tom Rivett-Carnac: The Future We Choose: Surviving the Climate Crisis 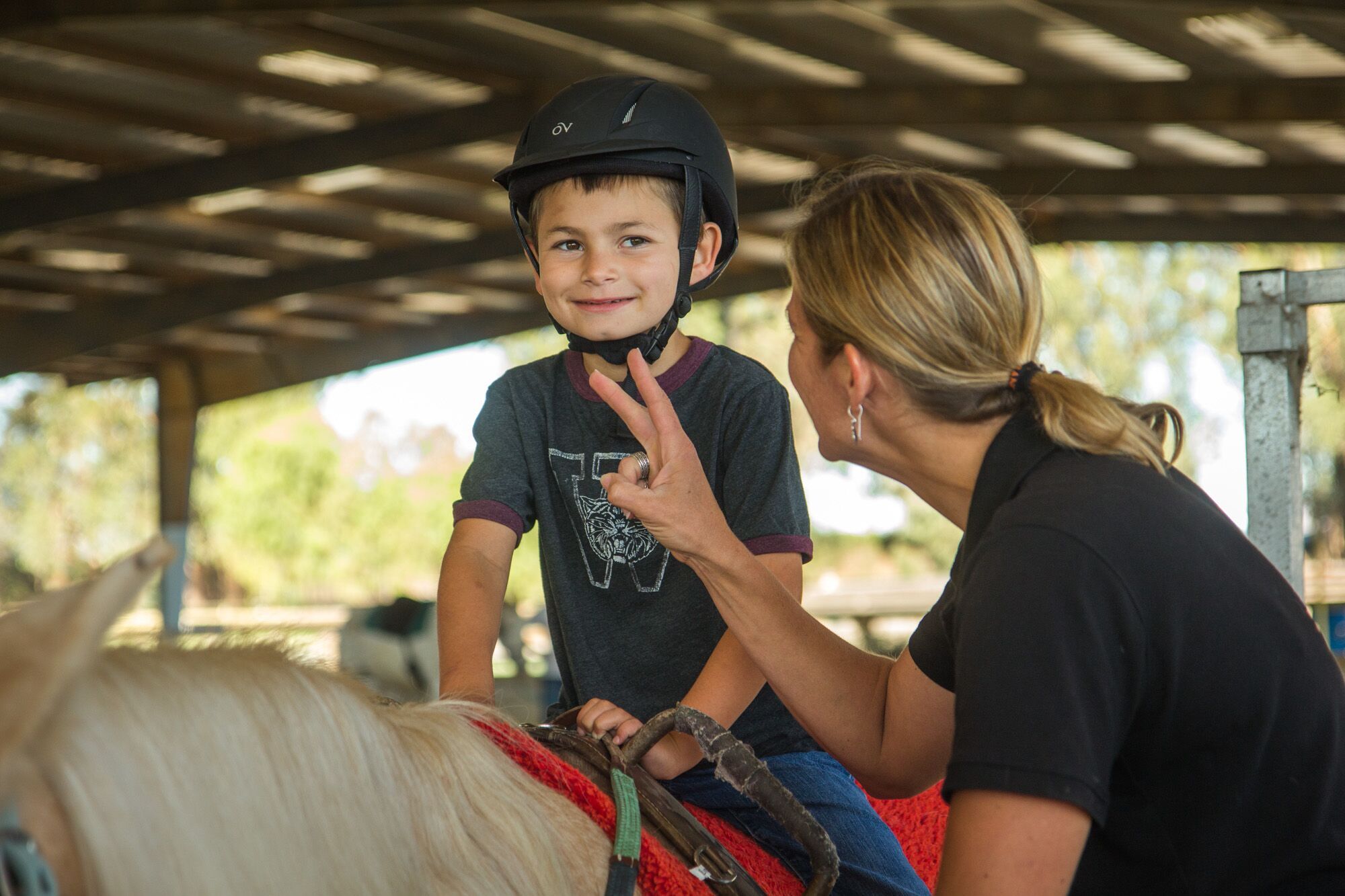 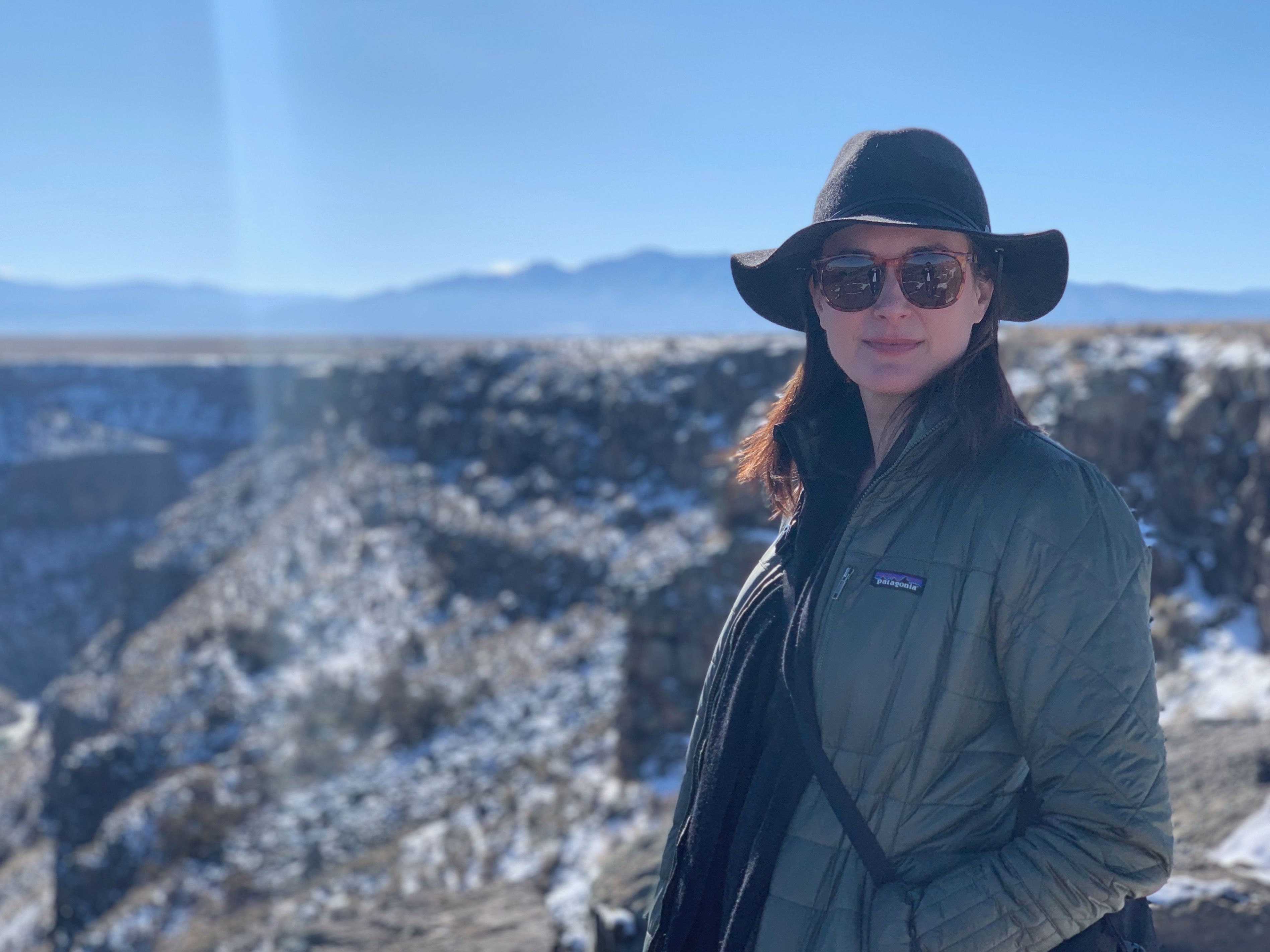